Interest of the memory games on touch pad ?

Meeting at the Abundance relay with 8 caregivers; all spouses of people with Alzheimer’s or Parkinson’s.

The meeting starts, they tell me their stories, there is a husband whose wife has been suffering for 9 years. The years passed and they are all exhausted. Then the psychologist Karine tries to get in to announce that the theme of the meeting is mobile technology for home care, and exercising memory.

It begins: who knows and uses the Internet? Knowing it yes, using it is another thing… “It is not for us.” I curl up in my seat, feeling that this afternoon would not be easy, but I gather my courage, and take out my touch pads, with a grin, “I’ll introduce you to technology!”.

It did not even take 5 minutes for the seniors to get into the game. They linked together the parts of the game, had lively discussions on “When the first counting machine was invented”. Women were laughing when men wanted to make the puzzle of the famous painting by Edouard Manet of a naked woman lying on her bed… They were all having a good time.

The caregivers were all surprised that they like it as much and were very independent in the workshop. They all agreed that their memory was being stimulated… while taking a great deal of pleasure.

Finally, they all concluded that another very good point was that they could do an activity with their spouse.

A man tried to hide a tablet in the bag of his neighbor with a smile, but we caught him on time! 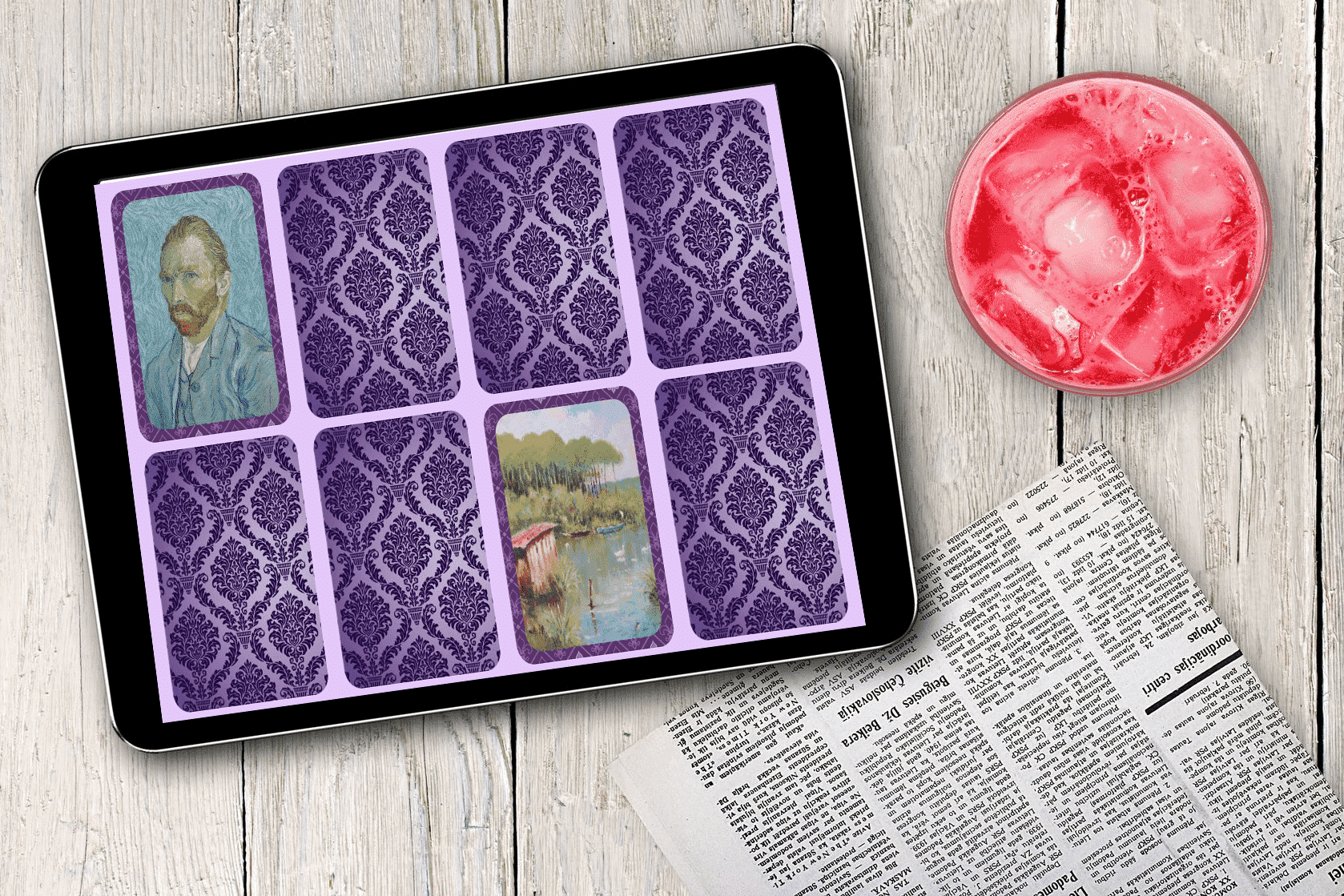 Discover the memory games on tablet!