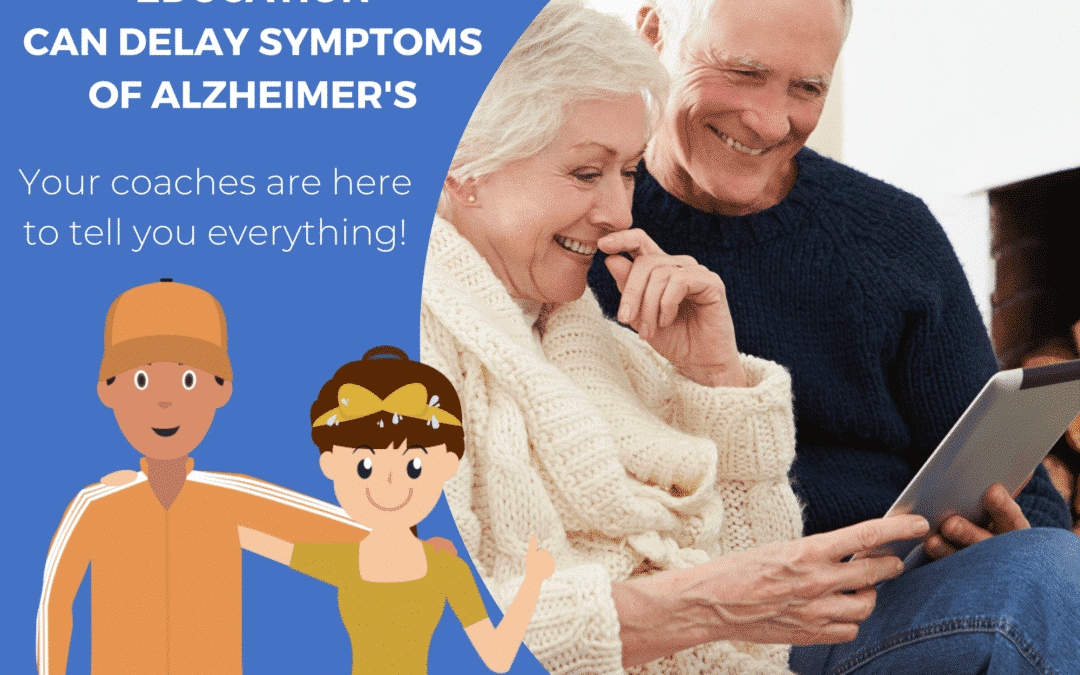 The number of people affected by this disease is increasing. Patients can be better followed when the disease is diagnosed early on. The signs observed in patients are numerous and evolving. Discover the impact of education on the symptoms of Alzheimer’s disease.

Focus on Alzheimer’s disease and its symptoms

Alzheimer’s disease is a disease that occurs mostly in individuals after the age of 60. This disease is manifested by different disorders.

First of all, there are memory problems. In addition to these signs, there are behavioral disorders. These are manifested by aggressiveness or mood swings. You will also notice that an Alzheimer patient will have difficulty concentrating or losing his or her bearings. There are also difficulties in communicating or recognizing certain knowledge.

Education and Alzheimer’s:
What is the link?

Education would delay the symptoms of Alzheimer’s disease according to some studies conducted at leading universities. One example is a study conducted by researchers at the University of Cambridge. According to this study, it can be said that there is a link between education and Alzheimer. You can read this study in one of the publications of the British Medical Journal.

Therefore, activities that stimulate the brain are needed to delay symptoms of Alzheimer’s. Most importantly, progress must be made in the area of education. However, education is not the only thing that delays the onset of Alzheimer’s symptoms.

Other ways to delay Alzheimer’s symptoms

There are several things that can help people who may have Alzheimer’s disease to slow down the symptoms. There are artistic activities such as singing or reading. Why not sign up for singing lessons or workshops? Plus, daily reading is a good way to pass the time. It becomes therapeutic in that it acts on the signs.

Another way to delay the onset of symptoms is to act on cardiovascular risk factors. Feed your brain well by eating green vegetables, nuts, poultry, etc. Without forgetting an excellent lifestyle with the intention of delaying dementia. It is necessary to reduce the consumption of alcoholic beverages and to eliminate tobacco. Physical activity is good for the body at all ages. Do moderate amounts of exercise during the week. Also, focus on cognitive activities such as the Clint app!

Boost your brain with +30 fun and cultural games. A simple and fun way to train your brain.